Over the last decade ‘Grandpa Ron’, as the students call him, has volunteered thousands of hours every year to be with local school children—but it wasn’t until classes moved online due to COVID-19, that Ron Jacobson realized his legacy. 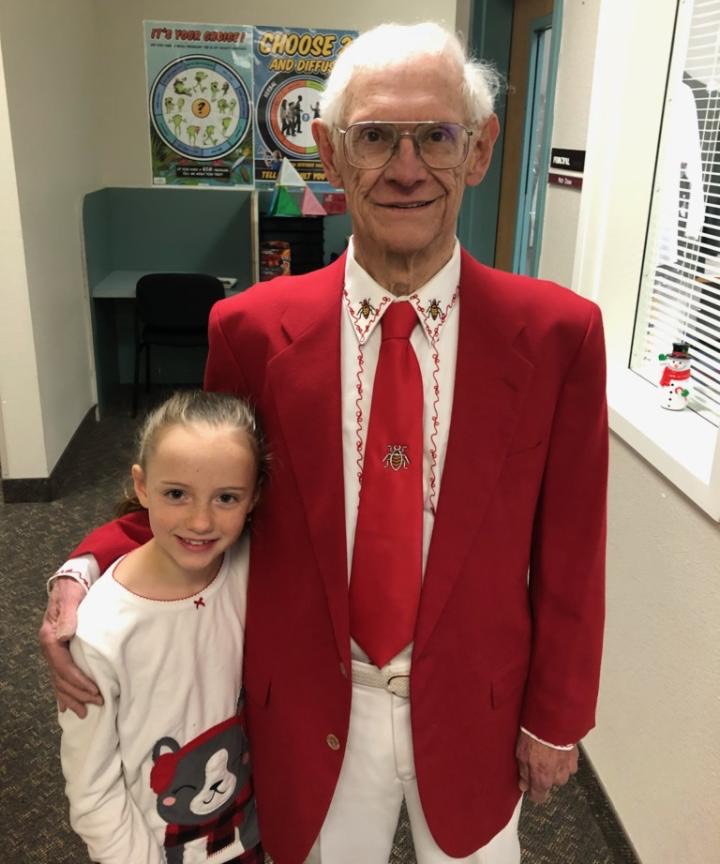 That legacy reached far deeper than being a school volunteer. He had become a treasured friend. And those students were now missing the hugs he given them every morning.

Back in March 2020, Jacobson had already logged 900 volunteer hours during the 2019-20 school year by the time Cle Elum-Roslyn Elementary in Ronald, Washington, closed its doors, and transition to virtual instruction.

“These kids who relied on me being there for them had suddenly lost me.” Jacobson told GNN. “When they started doing their schoolwork online, several complained to the faculty that they missed ‘Grandpa Ron.’”

The school received so many requests for Grandpa Ron that administrators added Jacobson’s contact information to the school’s online directory, allowing students to keep in touch with Jacobson. Students immediately began sending Jacobson emails and letters and even coming to his home to check up on him and offer to walk his dog.

Jacobson now responds to each of his many ‘pen-pals,’ adding a bright spot to the students’ days—and his own.

“Of course, I am happy to listen to the kids’ problems as well,” Jacobson says. “I have heard from faculty members and parents how much this regular communication has changed the kids’ attitudes.”

Because of his service to the community, the Veterans of Foreign Wars (VFW) has honored Jacobson—a Vietnam veteran—by naming him a spokesman for their campaign, #StillServing, which highlights the many ways America’s veterans continue serving even after leaving active military.

“The Marine Corps taught me, the two things that are most important are: complete the mission and take care of your troops. I’m still taking care of the troops.”

RELATED: Pirate Radio Station Hosted Exclusively By Retirees Has Been Cheering Isolated Seniors Across the US

It’s just that they’re 75 years younger than he is.

WATCH the video from King-TV 5 News…

Exercise in the Morning May Stave Off Cancer, As Opposed to Later in the Day, New Study Says

Get to the root of alternative fiber solutions

Elections have consequences: How a Biden win could reshape the food policy agenda